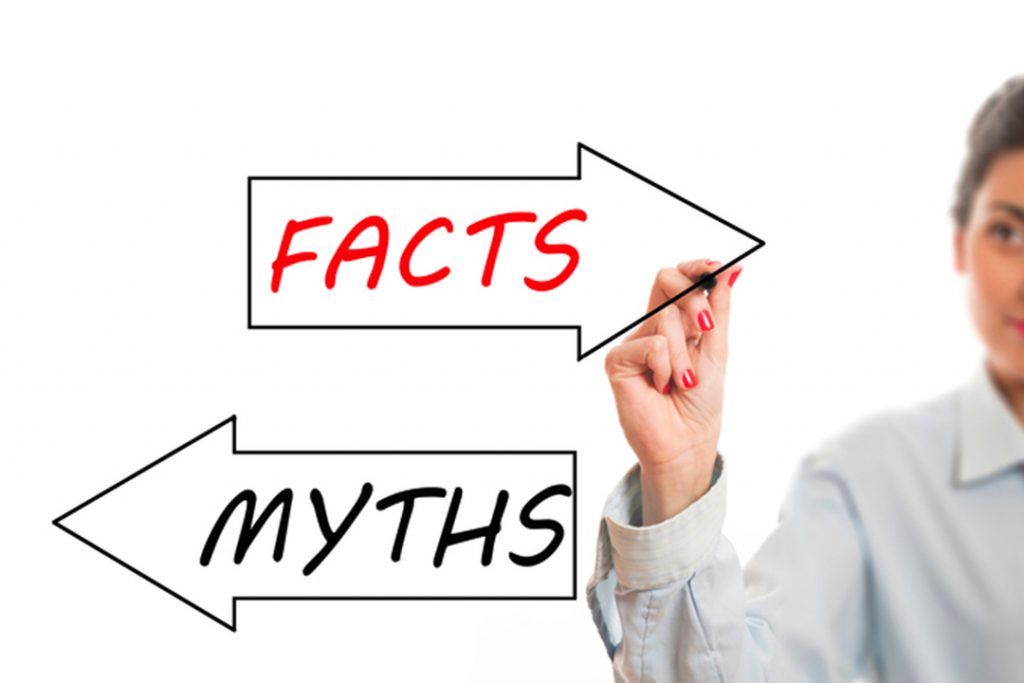 Urinary tract infections (UTIs) are common (more than 50% of all women will experience a symptomatic UTI in their lifetimes), but unfortunately, so is UTI misinformation.

In honor of back-to-school season we’d like to help set the record straight and bust prevailing UTI myths with facts.

Myth: You could have prevented that UTI.

Fact: Cut yourself a break. UTIs are not 100% preventable. Sure there are ways to lower your UTI risks, but sometimes the infection happens anyway. If a UTI strikes, get treatment from your healthcare provider. While you wait for your appointment, get fast relief from your symptoms with Cystex, so you can get right back out there. Remember to also take steps to improve and maintain your urinary health after your UTI. Drink plenty of fluids, urinate before and after sex, wipe front to back in the bathroom, and discover the benefits of taking Cystex Urinary Health Maintenance daily.

Fact: Actually, bacteria cause UTIs. But, sex can be an aider and abettor. During sex, bacteria from genital regions and the anus can be introduced into a woman’s urinary tract through her urethra. Once inside, the bacteria can cause a UTI, bladder infection, or kidney infection. To help prevent bacteria from lodging where they aren’t wanted, stay hydrated and urinate before and after sex. Learn more useful tips about sex and UTIs here.

Fact: Not all birth control is the same and thus not all birth control methods influence UTI risks. In some women, diaphragms, condoms, and spermicides can cause irritation that can increase the chances of getting a UTI. If you’re prone to UTIs, talk to your healthcare provider about other birth control options — there are certainly plenty that are not linked to UTIs.

Fact: Cranberry juice and other cranberry products can’t treat or cure a UTI. Only an antibiotic from your healthcare provider can cure an established UTI; however, cranberries may be able to help prevent a UTI. According to researchers in Finland, women who drink at least one glass of juice per day can be 34% less likely to develop a UTI than women who do not drink juice. Berry juices seem to be more protective than other juices. Why? Perhaps because berries are rich in substances that help prevent bacteria from adhering to human cells. One way to get more cranberry in your diet is to start using Cystex Urinary Health Maintenance Liquid. One tablespoon per day contains key ingredients for urinary wellness including potent cranberry and others:

Need some tips on how to incorporate Cystex Urinary Health Maintenance into your diet? Check out this blog.

Myth: UTIs are a “woman’s” problem

Fact: While it’s true that women get the more UTIs, men can get them too; particularly men over the age of 50. And when men get UTIs, they are often more complicated. Typically, a UTI in a man will have some other contributing factor behind it, such as an obstruction or abnormality in the urinary tract like a kidney stone or enlarged prostate. Other UTI risk factors for men include: poorly controlled diabetes, HIV infection, having recently had a catheter (a tube in the penis to drain urine, common after surgery), or having any neurological condition that makes completely emptying the bladder difficult (such as Parkinson’s in its later stages or multiple sclerosis). Immunity-suppressing medications taken for other conditions can also increase UTI risks in men, as can being uncircumcised. Studies show that uncircumcised men are four times more likely to get a UTI than circumcised men. Just as UTIs are not “women’s” problems, Cystex products are not “women’s” products. Both men and women can use Cystex Urinary Health Maintenance and Cystex Urinary Pain Relief Tablets to promote urinary health and to relieve UTI symptoms while awaiting doctor-prescribed treatment.

Fact: Burning sensations during urination are just one of many UTI symptoms. Other less-talked-about UTI symptoms to watch for include: frequent or intense urges to urinate, even though little urine comes out; pain or pressure in the back or lower abdomen; cloudy, dark, or bloody urine; strong-smelling urine; feeling tired or shaky; and fever or chills. Learn more about how to recognize a UTI here. If you think you have a UTI, it’s important to talk to a healthcare provider. Only a prescription antibiotic can cure a UTI, and without treatment the infection could get worse – progressing to a bladder or kidney infection with more serious consequences like hospitalization if left untreated.

Fact: Don’t fret. You can’t give your partner a UTI just because you have one. Bacteria that are common in the human body cause UTIs when they get in the wrong place (in the urethra and beyond). To help prevent UTIs, you and your partner should each urinate before and after sex to help push any misplaced bacteria out of the urinary tract. Drinking plenty of fluids and staying hydrated helps too. For more UTI prevention tips, click here.

Lifelong learning feels good doesn’t it? It’s never too late to discover the facts and we hope this blog has helped increase your UTI IQ. Wishing you wellness down there and everywhere.

If you experience UTI symptoms like a frequent urge to urinate, a burning feeling while urinating, cloudy or strong smelling urine, or pelvic pain; contact your doctor right away. The only cure for a UTI is a prescription antibiotic.