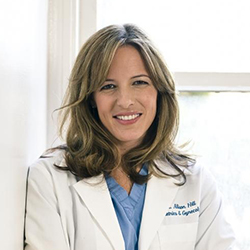 Why What You Thought About UTIs and Sex is Probably Wrong

We’ve all heard the jokes about contracting a urinary tract infection (UTI) after having sex. Sure, they can be funny, but they’re actually perpetuating a myth that many of us have believed our entire lives: As soon as you are sexually active, here come the UTIs.

It’s not a complete myth: increased sexual activity is in fact one of the top reasons women contract UTIs. In fact, UTIs were regularly referred to as “honeymoon cystitis” – another name for a bladder infection – because of how often they occur after honeymoons where women are having sex more frequently.

But what isn’t true is that sexual activity itself directly causes a UTI, or that there’s a 100 percent chance you’ll contract one. There’s no research that support either claim.

What’s actually happening is that when you have sex, bacteria on the skin is pushed into the urethra and travels into the bladder, causing a UTI. Because the female urethra is short (about 2 ½”), women are more prone to these infections than men. There are two other factors that may increase your chances of a post-coital infection: you simply happen to be more prone to UTIs, or you don’t have a strong enough urine stream to flush the bacteria out of the bladder.

Also, it has been proven that certain types of contraception like diaphragms or spermicides can increase the probability of getting the infection. These contraceptive methods aggravate the sensitive tissue in the vaginal areas in women. This irritated tissue creates an atmosphere where bacteria thrives, thus increasing the likelihood of a UTI. Unfortunately, some women don’t even know that the contraceptives are causing these issues, which is why you should talk to your doctor if you notice that something is off.

You cannot “catch” a UTI from someone else. If you’re thinking of having sex, wait until your symptoms subside so you’re comfortable and aren’t in excruciating pain. But if you absolutely can’t wait, then think about taking it slow and steady and opting for positions that aren’t directly angled at your bladder.

While contracting a UTI is generally out of your control, there are certain measures you can take before and after sex to reduce your risk:

Let’s stop perpetuating the myth that sex is always to blame for UTIs. It’s damaging to our emotional and mental well-being and just plain inaccurate. We need to make a concerted effort to normalize urinary tract infections and help women understand UTI facts versus fiction, especially when it comes to sex.

*Data from the National Institute of Diabetes and Digestive and Kidney Diseases.